Twitter – a world in 140 characters. It seems such a harmless tool and yet it can make or break a business.

Social media hasn’t only given you a much louder voice, it has also provided your customers with a huge stage from which they can address the world in an instant. That’s great if they are shouting nice things about you but what happens when things go wrong?

Before you know it your blooper could be circumnavigating the globe faster than the fastest thing you can imagine.

That is why when you use Twitter you have to use it carefully because if you don’t you could end up in some seriously hot water.

It’s a sad fact of life but you can’t please everyone all of the time so, I hate to say it, but not everyone will love your company.

The problems is, Twitter gives a dissatisfied customer a very loud voice. If you find yourself in the unfortunate position of having someone loudly voicing their displeasure about your company, don’t get drawn into a slanging match – even if they are wrong.

Remember potentially thousands of people will see what’s happening so you have to quickly deal with it in a positive way. Whatever their issue, apologise and put it right immediately.

That way you would have turned a potentially negative situation into a goal in the back of the net. People will see you as a responsive business who cares about its customers. One nil to you.

Let’s get one think clear – Twitter is not a numbers game. You won’t gain any respect for having thousands and thousands of followers. In fact if you do (and you’re not Lady Gaga) it will be obvious you’ve just followed one of the many ‘how to get loads of twitter followers quickly’ schemes.

But why have so many? Surely it’s more important to follow people you want to follow and not just anyone who follows you.Which means don’t use autofollow.

When you get a new follower take a look at their bio and their tweets. Is it someone you’re interested in? Do they tweet great stuff? If the answer’s yes, great follow them. But if not, there’s no rule that say you have to follow everyone who follows you.

Yes you can use Twitter for your business but if you constantly bang on about it and link back to it at every given opportunity you’ll look like a spammer. So be careful what you tweet.

Mix up advice with your promotional tweets. And don’t forget to join in with the conversation. Twitter is about chatting and sharing not standing on your soap box and promoting yourself.

Share opinions and great information – add value to your followers and they’ll love you.

Even if you’re a company you can still show some personality.

Engagement is the name of the game so show your human side. Have fun with Twitter and show your business as one that’s approachable.

Twitter isn’t just a platform for you to shout from. You also have to listen to what’s going on and enhance relationships with advice and chat.

Keeping an eye on what’s being said about your business is vital if you are to quickly react to problems.

So make sure you also listen to what people are saying.

Twitter has been a revolution in marketing. It’s opened up a highly responsive communication channel between businesses and customers. If you use it wisely it will be a huge benefit to you. So give it a go – just make sure you don’t make any of these bloopers! 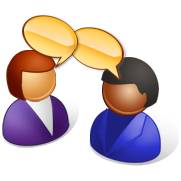 Marketing and Connecting Through Social Media

What Comes Before Your Digital Marketing Strategy?