A funny thing happens to some people when they start using social media – they forget who they are. 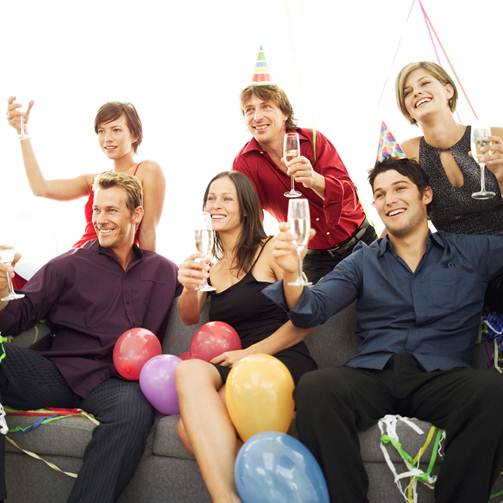 People still seem to believe that they have to be corporate and cardboard-like when interacting online – but there lies the problem, many aren’t interacting.

The people you’ll ‘meet’ through social media will reflect the usual personality types:

That’s why you have to be human when using social media, which means interaction – you have to talk to other people just like in real life.

Just as you would chat and mingle at a party, if you want to make an impression on social media you have to start conversations.

The great thing about doing this in an online world, is that no one can see you. If, in real life, you’re less than confident in a group of new people, on social media you can pretend to be outgoing because you don’t have to do that very awkward ‘trying to break into a group conversation’ thing. You can chat to your heart’s content because no one is going to see how nervous you are.

One word of advice though, when you start chatting make sure it is just that, chat. If you march in with your sales hat on you’re going to look like a spammer. Join the discussion, add value by offering advice (if you can) – become a valued member of the community.

If you’re not usually the person everyone flocks around at gatherings, simply by offering advice, tips and information will draw people to you in the online world.

Ask other people questions, show interest in what they’re saying. Engaging in conversation in this way will make others want to talk to you.

As in real life, you’re bound to come across a social media bully sooner or later.

They are the ones disagreeing with everyone and trying to pick a fight by being controversial.

If you can avoid them, do so. But if you can’t stand up for yourself, but try to avoid:

In a nut shell, social media is a lot like real life. All sorts of people use it. You’ll find people who want to engage in chatter, those who want to make friends and contacts and those who really don’t get it at all and overly promote their products and services.

Above all, be yourself, chat and engage with others and you never know where your new social media relationships will lead.

How to Keep Your Social Media Accounts Secure