Is Google’s “Right to be Forgotten” a Waste of Time?

Most business owners spend vast amounts of money trying to get Google to take notice of them.

They try every trick in the book to be listed highly within the search results, but there are some people out there who would really rather Google forgot all about them.

You can’t help but be aware of Google’s “right to be forgotten” requests, whereby individuals can ask the search giant to “lose” stories that they feel adversely affect them.

A recent case that featured in The Drum made me chuckle as it goes to show how hard it can be to bury bad press.

A reason not to shoplift…ever

The story focuses on a guy called Robert Daniels-Dwyer who successfully managed to get Google to remove links about a shoplifting conviction dating back to 2006.

The irony is that news of his success reached his local paper, The Oxford Mail, which duly reported on it. This was then picked up by 3 nationals, including the Guardian.

Far from succeeding in burying the story, Daniels-Dwyer managed to magnify it.

As a result, he made a complained to the Press Complaints Commission (PCC) arguing that the newspapers had breached his privacy by publishing their story and the very story that the European Court of Justice had ruled should be removed from Google searches and other Google search removals has not received the level of publicity his had done.

His complaint was rejected on the grounds that “the right to be forgotten related only to internet search engine operators, not media organisations” and that “the principle of open justice applied to reporting of the complainant’s conviction.”

This case is seen as another victim of the “Streisand Effect” where attempting to hide information leads to it being published more widely. It is named after Barbara Streisand, who in 2003 sued a website to have a picture of her home removed. The photograph , which had only been downloaded 6 times before the lawsuit was viewed by 420,000 people in the following month alone.

Think before you act

If you have ever considered submitting a “right to be forgotten” request think carefully about what the repercussions could be.

You might just end up making matters a whole lot worse. 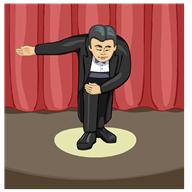