How Are You Using Social Media?

In the world today there are over 1 billion users of social media – that sounds quite a lot to me.

Rather than just another statistic that one should make you, as a business owner, sit up and take notice. Just think about how that effects your market place. One billion people online, socialising, chatting, sharing news and information – how cool would it be if they were talking about your business? OK, sure, not all 1 billion would be talking specifically about you, but you get my meaning.

But that’s not to say social media is and should only be about selling. Yes, it should be part of your marketing strategy to build and enhance relationships with new and old customers alike. But it should also go further than that; it should also be used to enhance your customer service too.

That’s the percentage of complaints made by customers on social media that, according to a recent article in The Drum, were ignored.

Because the companies concerned only viewed social media as a sales channel and not tools that gave them a direct link to their customers to improve their customer service.

Is that really a big deal? I should say so. Look, in the olden days customers only means of complaint was via letter, phone call or in person. The only people likely to know about the complaint were the staff involved, the complainer, anyone else who was around at the time and a few friends and family. Now, when a complaint goes out on Twitter or Facebook, potentially thousands of people will see it. And that can make a huge dent in your reputation if it’s not handled correctly.

Why you should use social media as a customer service tool

There are 3 very good reasons why you should. Because it is:

Of course, if you’re going to be using it extensively within your business it pays to have a social media policy in place so everyone knows what’s expected of them.

The whole essence of why social media should be used for customer service is summed up here by Jim Close, MD of Datapoint:

“Social media tools are for two-way dialogue with customers as well as a (mostly) one-way marketing channel. They differ from more traditional media because often the interaction is globally-visible and there is potential for massive reputational impact. The organisation  that learn this lesson the fastest – and use contact centre systems to do this effectively – will be the ones that win the customer retention race.”

Couldn't agree more...even as a consumer, if a concern isn't addressed I don't feel as if they care...

Marketing and Advertising – Just How Different Are They? 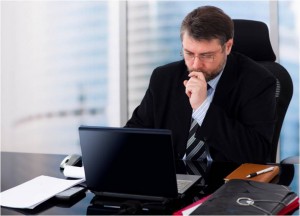 How to Get Your Social Networking Right

The Power of Joined Up Marketing